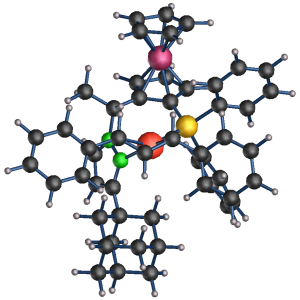 The Projector Augmented Wave (PAW) method is an algorithm developed by Peter Blöchl for the quantum mechanical simulation of electrons in materials and molecules. The CP-PAW code is the first implementation of the PAW method.

CP-PAW code relies heavily on the ab-initio molecular dynamics (AIMD) framework invented by Roberto Car and Michele Parrinello (CP). The first two letters of the name of the code are a tribute to their contribution. The PAW method has been developed to overcome the limitations of the Car-Parrinello method to pseudopotentials and to make it accessible to all-electron calculations. The PAW method borrows many concepts from the linear augmented wave methods of Ole Krogh Andersen, which are generalised and adjusted for that purpose.

The quantum mechanical description of electrons rest on the Density Functional Theory (DFT) of Walter Kohn and its extensions.

This page shall be the focal point for the communication and the sharing of resources among CP-PAW users.